Boeing said it is sending a technical team to the site of the crash of an Ethiopian Airlines flight that killed 157 people, including 18 Canadians, following another recent crash in Indonesia of the new, popular airplane model, the 737 MAX 8.

The aircraft was also involved in a Lion Air crash in October when a two-month-old plane plunged into the Java Sea minutes after taking off from Jakarta, Indonesia, killing 189 people.

In Canada, both WestJet and Air Canada use the aircraft — Air Canada said they have performed safely and reliably, and WestJet said it will not speculate on the cause of the incident.

Air Canada said it has offered its assistance in the investigation. The airline said it has operated the same type of passenger jet since 2017, when the model entered commercial use, and currently has 24 in its fleet.

“These aircraft have performed excellently from a safety, reliability and customer satisfaction perspective,” an Air Canada spokesperson said in an emailed statement to CBC News.

Ethiopian authorities said the pilot sent out a distress call and was given clearance to return.

Records show the plane was new and had been delivered to the airline in November. 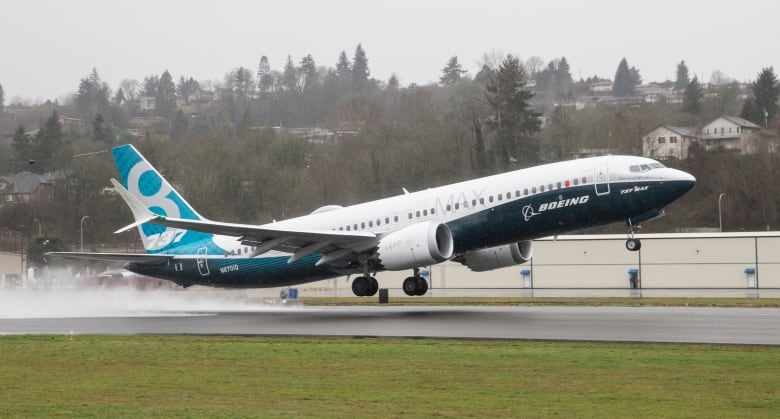 A Boeing 737 MAX 8 airliner lifts off for its first flight in Renton, Wash., in January 2016. (Stephen Brashear/Getty Images)

Sunday’s crash is likely to renew questions about the 737 MAX 8.

First entered into service in 2017, the MAX single-aisle aircraft is one of Boeing’s fastest-selling models yet. A new engine, the LEAP-1B, helps make the plane 14 per cent more fuel efficient than the previous version. 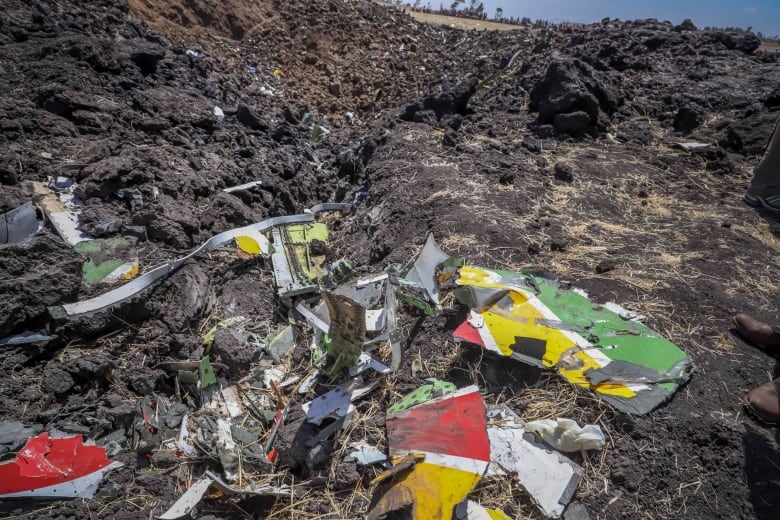 Wreckage lies at the scene of an Ethiopian Airlines flight that crashed shortly after takeoff. (Associated Press)

Indonesian investigators have not determined a cause for the October crash in Indonesia, but days after the accident Boeing sent a notice to airlines that faulty information from a sensor could cause the plane to automatically point the nose down. The notice reminded pilots of the procedure for handling such a situation.

The Lion Air cockpit data recorder showed that the jet’s airspeed indicator had malfunctioned on its last four flights, though the airline initially said problems with the aircraft had been fixed before it left the Indonesian capital of Jakarta.

Dennis Tajer, a spokesperson for the Allied Pilots Association who flies the 737 MAX 8 for American Airlines, said Boeing had not initially informed pilots about some of the plane’s features.

“There is a system called MCAS, the Maneuvering Characteristics Augmentation System, which was not in our manuals prior to the Lion Air tragedy,” Tajer told CBC News. “Boeing at the time had not chosen to disclose that information.”

He added that pilots now have information about the system. Echoing statements from other safety experts, he said it was too early to speculate about the causes of the Ethiopian Airlines crash.

“I am soundly confident in the aircraft’s safety,” he said of the 737 MAX 8. “If we weren’t confident, we wouldn’t be flying it.”

The Ethiopian Airlines CEO “stated there were no defects prior to the flight, so it is hard to see any parallels with the Lion Air crash yet,” said Harro Ranter, founder of the Aviation Safety Network, which compiles information about accidents worldwide.

‘We cannot rule out anything’

State-owned Ethiopian Airlines is widely considered the best-managed airline in Africa and calls itself Africa’s largest carrier. It has ambitions of becoming the gateway to the continent and is known as an early buyer of new aircraft.

“Ethiopian Airlines is one of the safest airlines in the world. At this stage we cannot rule out anything,” CEO Tewolde GebreMariam said. 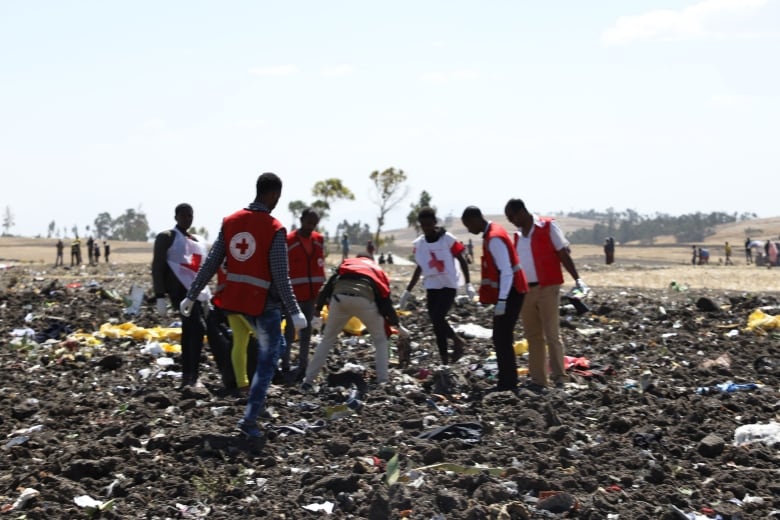 The last deadly crash of an Ethiopian Airlines passenger flight was in 2010, when a plane went down minutes after takeoff from Beirut, killing all 90 people on board.

The last maintenance of the jet that crashed Sunday was on Feb. 4, and it had flown just 1,200 hours. The pilot was a senior aviator, joining the airline in 2010, the CEO said.

The Boeing 737 MAX 8 was one of 30 being delivered to the airline, Boeing said in a statement in July when the first was delivered.

Boeing said its technical team was ready to provide assistance at the request of the U.S. National Transportation Safety Board.