On any other day, being served a green beer is a good indicator it’s time to try another bar, but even on St. Patrick’s Day, the day of the emerald pint, a beer shouldn’t pour green from the tap.

That’s because — spoiler alert — the St. Patrick’s Day tradition is normally achieved with a drop or two of green food colouring from a bottle hidden under the bar.

But this St. Patrick’s Day, a Winnipeg craft brewery is changing how we think about green beer.

“It’s been in the back of our heads about what would work for a long time, but it really was something we have been thinking long and hard about since last St. Patrick’s Day,” explained Paul Clerkin, the brewery’s vice-president of marketing, taking a break from serving pints Sunday afternoon. 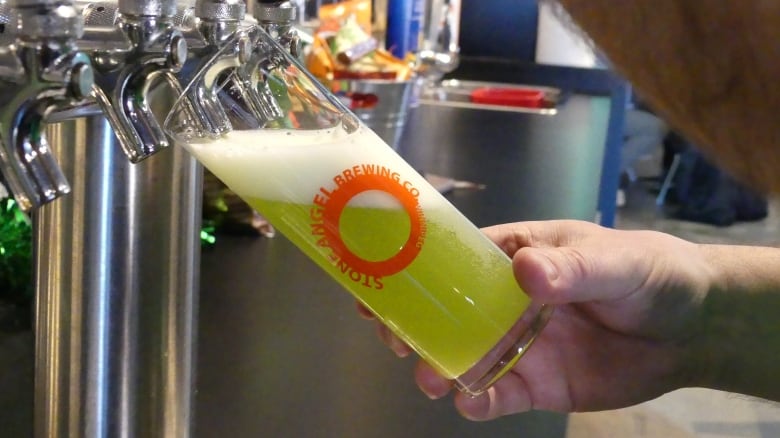 It took some experimentation and trial and error before the brewery was able to nail down the recipe for the unarguably green brew, but Clerkin says it was worth the effort.

“You get a lot of blondes, reds, bronze, blacks, but to actually get a green beer that comes out of the tap without any added colour is unusual and difficult to do,” he said.

“It actually tastes more like an American Pale Ale, so it’s not a weird flavour that people would not be comfortable drinking — it’s quite hoppy — so it’s a nice product, we’re very proud of it.”

It’s also likely going to be among the healthier beers you’ll find this St. Patrick’s Day — it gets its colour from the addition of wheatgrass and spinach.

The brewery produced 200 litres of the 5.5 per cent verdant quaff to be served for one day only, and only at their Pembina Avenue taproom and Fion MacCool’s on Grant Avenue.

The creation was getting good reviews Sunday afternoon from St. Patrick’s Day revellers.

“It’s really refreshing, you could probably drink a good dozen of these and still be standing by the end of the night,” said a very-much still standing Rob Stansel, who added the spinach added a “dry tannin” to the beverage.

“It’s fun to see a green beer that’s made naturally, not with food colouring.” 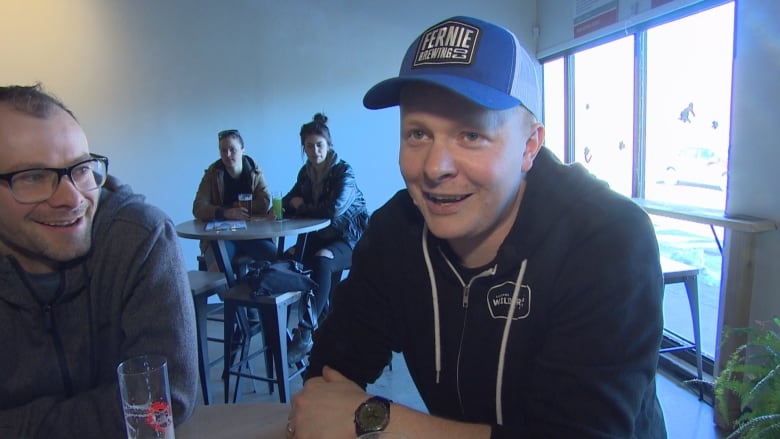 Clerkin said the brewery has no plans to mass produce the one-of-a-kind beer, but added it may make a come back next March 17.

And despite the speculated health benefits of drinking spinach-laced suds, Clerkin said the brew isn’t likely to make the morning of March 18 any easier for those marking St. Patrick’s Day with one too many green beers.

“No there’s no guarantees on that at all,” he said soberly.

“Beer is beer, alcohol is alcohol, you will always get a hangover if you drink too much alcohol.”